it's not the fall that kills you, physics

Or, said a bit more in line with physics: 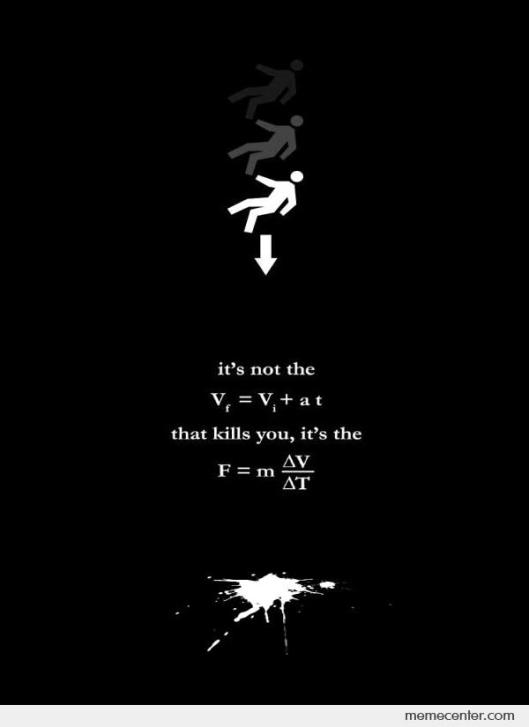 It’s not the Vf=Vi+at that kills you, it’s the F=m(deltaV/deltaT)

The second equation describes your splat. The force that you impact the ground with (F) is equal to the change in your momentum (m*deltaV) divided by the amount it time it takes for your carcass to come to a complete stop (deltaT). This equation represents the impulse with which you hit the ground. Impulse explains everything from why an egg won’t break when hitting a pillow to how cats can survive falls from great heights.

So, yes, the saying does lose some of its catchy quality when expressed in the terms of physics, but at least you will be accurate when saying it. Plus, it will make all your nerdy friends giggle.

1 thought on “It’s not the fall that kills you…”