It’s easy to forget how much life lies just below the dirt. 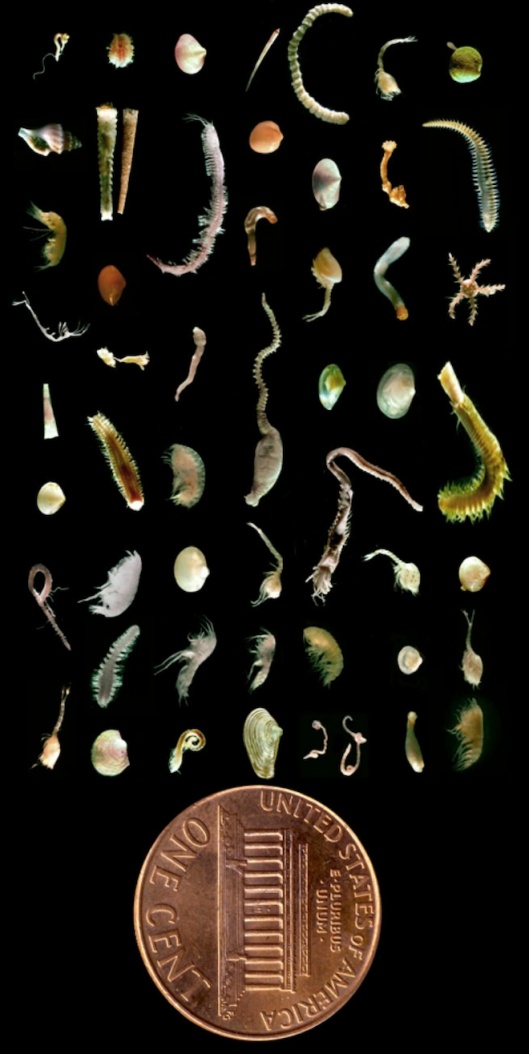 A mere handful of seafloor mud may contain as many species as are found in a square meter of tropical rainforest. The fantastic assemblage seen above was gathered from a single scoop of mud, about 2 inches deep and 5 inches across.

“It’s easy, when you get away from the coast, to think of the oceans as a homogeneous blue. It’s a lot more complex than that,” said biologist Craig McClain of the National Evolutionary Synthesis Center.

McClain and colleagues collected the mud while surveying distributions of seafloor organisms, the lives of which are shaped by “marine snow” — a slow, steady, shower of organic particles that drift down from high in the water column.